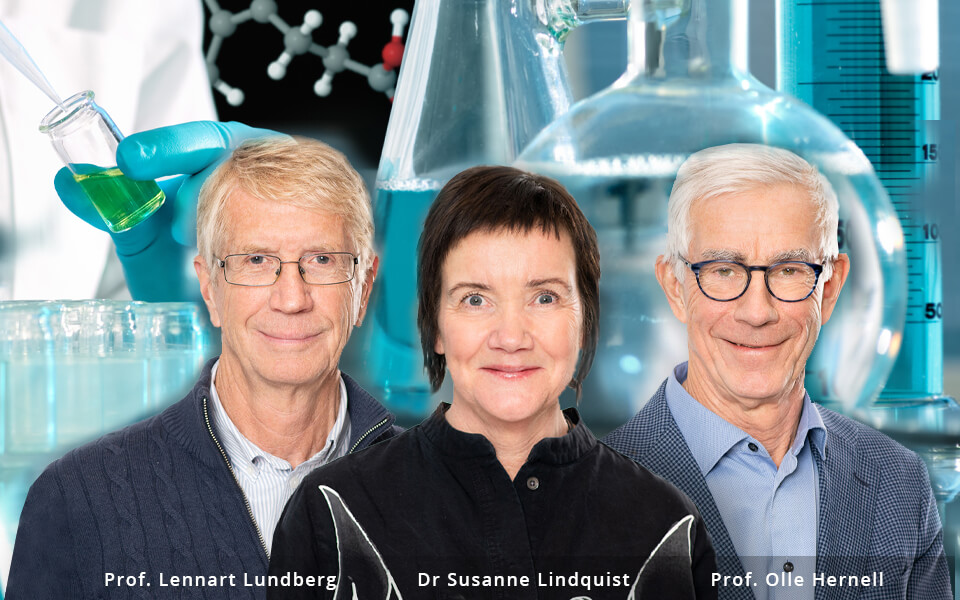 “BSSL plays an important role in inflammation and is present in human granulocytes, a type of white blood cells”

THE STORY BEHIND LIPUM

Prof. Olle Hernell tells the story about the discovery which led to the company Lipum.

Lipum AB (publ) was originally founded based on a discovery made by sci­entists at Umeå University. The history of the innovation goes back 25 years when Olle Hernell, Prof. of Pediatrics, and his group was studying the nutrition of breast milk in newborns during early infancy, focusing on a protein that is now known as bile salt-stimulated lipase (BSSL).

While the researchers saw that BSSL was clearly playing a role in die­tary fat digestion in babies, they soon discovered that for some curious reason, the protein was also present in the blood stream – something quite surprising as it indicated BSSL might contribute to human health more than a simple digestive enzyme would.

Prof. Hernell and his team soon revealed that BSSL plays an important role in inflammation and is present in human granulocytes, a type of white blood cells. This novel and unexpected finding redirected the main focus of their research to investigating and explaining the role of BSSL in inflammatory processes.

Mounting scientific successes signaled the medical potential of the discovery which led Prof. Hernell and his close associates Dr. Susanne Lindquist and Prof. Lennart Lund­berg to founding Lipum in 2010.