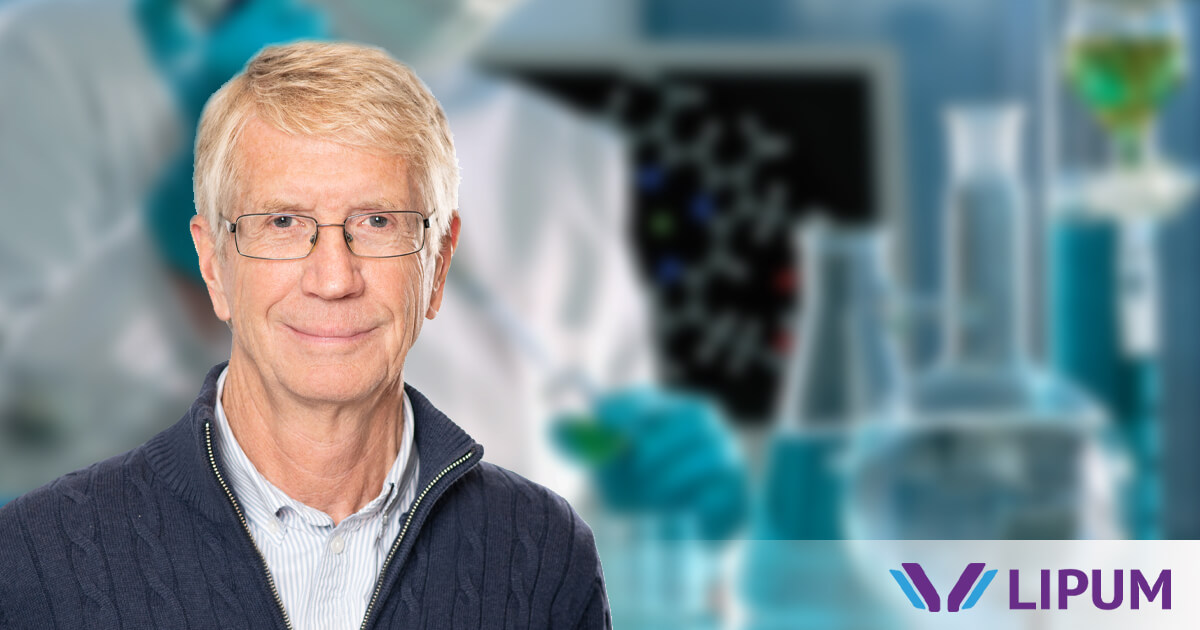 Lennart Lundberg is a Professor of Protein Biotechnology with more than 30 years’ experience in the pharmaceutical and biotechnology industries. He is one of the three founders that started Lipum AB (PLC) in 2010 and has since been on the board as both Chairman and member.

What made you decide to start a company?

“Research was being done at The University of Gothenburg into BSSL in collaboration with a local pharmaceutical company in the early 2000s. It was discovered that BSSL had a connection to vascular wall inflammation, and the companies that were already working with BSSL as a nutritional medicine took this into consideration. A few years later, however, the project was returned to the researchers and, via a representative, I was asked if I could run a pharmaceutical project based on the idea. This led me to contact Olle Hernell and Susanne Lindqvist in Umeå, as I knew they had been researching BSSL for many years and were also looking into inflammation connected to BSSL that was present in a fatty liver”.

“At the end of 2007 we met up, and at the beginning of 2008 we received a grant via Umeå Biotech Incubator (UBI). It can be said that this was the moment the project truly started, which eventually led to Lipum being founded and to where we find ourselves today”.

Did you have any idea that you would get this far?

“Yes, I did when I left AstraZeneca in 2008. My dream was to start a company and show Astra that the project idea I had, which Astra had refused, would be possible to realise. It was my entrepreneurial dream to create a company. But then came the financial crisis and it wasn’t easy to get financing. The fact that we were able to establish a local connection with Umeå was extremely positive. We also managed to receive grants from Novo Seeds and UBI, and Olle Hernell also redirected some of his research grants so that we could finance the entire project until 2016, when Almi Invest stepped in as a seed investor and backed Lipum”.

In all these years you have been on the board, but now you have chosen to join the Scientific Advisory Board instead. Why?

“From the outset it was myself and Olle Hernell who were Chairman and CEO respectively, until Almi Invest stepped in back in 2016. Then a broader board was established, where Ulf Björklund joined as Chairman and Einar Pontén took over as CEO. It is a common scenario when you enter a new stage of growth, and especially when a company is listed on the stock exchange, to introduce other skills to the board. It therefore seemed natural for me to step down and take up a position on the Scientific Advisory Board instead, as that is the area I am most interested in. Someone else can take care of the finances”.

But doesn’t it feel strange? You are one of the three original founders of Lipum and now you are giving up your position on the board?

“It doesn’t matter if it is listed or a private company when you bring in significant investors. It is the interests of the shareholders that is paramount, and you do not want the founders to remain on the board out of self-interest. A limited liability company must safeguard the interests of the shareholders. The board can, in principle, retain a place for a founder (as in Olle Hernell’s case today) but in a year or so that can all change”.

What do you hope to promote and contribute to the Scientific Advisory Board?

“Lipum’s Advisory Board has a broad and very extensive competence, including for some time now  Rikard Holmdahl, Solbritt Rantapää-Dahlqvist, Anders Fasth and Björn Löwenadler”.

“I want to pursue the underlying research on BSSL’s role in the inflammation process, because we have still not fully clarified its mechanism of action, also known as the Mode of Action”.

So no one today knows exactly what role BSSL plays in inflammation?

“No, not exactly. We know to a large extent how the mechanism works in the context of inflammation, but not precisely how it functions at the molecular level. It’s this last piece of the puzzle that I want to find so it becomes easier to understand how it is connected in different disease contexts”.

“BSSL plays a role in many inflammatory diseases, but it may play a larger role in specific ones such as rheumatoid arthritis. But we do not know exactly how important BSSL is when it comes to inflammatory bowel disease or other diseases where we know it occurs. There is still a lot of science to sort out”.

“It all started with a basic research idea, and today Lipum is listed on the Nasdaq First North Growth Market, which I think is absolutely amazing. Partly due to the fact that we managed to get listed on the stock exchange, and partly due to the fact that we attracted enough capital. Producing a biological drug that is an antibody is extremely expensive, but now we have the capital needed to take our research all the way to clinical trials in humans”.

“It’s taken time, I’m well aware of that. But now we have a product patent application that may provide protection until 2040, so the outlook is undeniably positive”.